Print is back. But that doesn’t mean you can just drop that magazine and expect everyone to wait for it at the mailbox. It’s time to pull a Don Draper and treat your magazine to a full-on marketing blitz.

Below, we have nine ways to get the job done—including examples from the big media power players but also association clients who are busting out some slick marketing moves. The best part: None of them are as time-consuming or spendy as you might fear.

Fast Company posted a slideshow on Instagram, highlighting some of its layouts while The New Yorker opted for Insta’s Story function to feature five stories in its July 3 issue. (Sorry, dear reader, no link for this one; it went away after 24 hours, as is its wont.) Paste and Bon Appétit created microvideos that took a fast flip through their issues.

A couple of Imagination’s clients tease their issues using a more cinematic approach, adding in some slick animation and music. At the beginning of each month, Project Management Institute (PMI) sends out a 30-second issue tease for its PM Network magazine on social channels and an eblast. The International Interior Design Association (IIDA) also used video to herald the redesign of its Perspective magazine and the following issue.

Monocle offers a more thorough take, with slinkster music and pro voiceover (with a posh British accent, no less) walking viewers through a 1-minute-plus tour of the book.

You can stick with the simple approach, like Entertainment Weekly or Wired, and put the magazine cover on a cool background, share it, and you’re done. When in doubt, throw in a cat, like our friends at Paste, and don’t forget the shameless plug: “So good, even your cat will want to read it.”

You can also add motion to your cover with some strategic animation. Time is genius at this, highlighting its piece on Russian influence with a quick transformation that adds onion domes to the White House. No slouch, The Economist uses simple but wildly effective animation to show newly elected French President Emmanuel Macron walking on water (accompanied by triumphant music, of course).

On the ambitious end of the scale, The New Yorker recently took readers on a virtual trip through the cover of its fiction issue. The 360-degree scene can be viewed in a browser, on a device or with VR goggles, and to encourage people to explore, the artist hid five visual riddles in the designs.

3. Put a story in the spotlight

When Barbie’s boyfriend got a makeover, GQ kept it short and sweet, with a one-sentence push to its story and a killer visual: “Meet the new Ken: beefy, cornrowed, and pan-racial. Story at the link in bio.” Similar deal with The New Yorker, but they use their words. The social team elevates a fairly basic push with a provocative pullquote on a stark black background: “There are no enduring marriages. Only mistresses who haven’t worked hard enough to tear it apart.”

Other magazines go deep. The Atlantic regularly bucks the brevity trend on Instagram. Sure, they use a cool illustration and the obligatory hashtags. (It is Instagram, after all.) But the magazine carefully weaves a story about the story: “Whether you follow a #vegan diet or are a devoted carnivore, carry canvas or plastic, you are one of 7.5 billion people. The ecological effect of your choices is minuscule. And yet they have a big effect on how others see you, and how you see yourself. Psychologists found that prodding people to worry about social status increased their interest in buying #green versus nongreen items—but only if they were shopping in public. People in Washington State and Colorado were willing to pay a premium of $430 to $4,200 (results varied by zip code) for the green-signaling #Prius over an equally efficient car that didn’t broadcast its virtue. In the latest July/August issue, Matthew Hutson writes about how worrying about social status is a surprisingly good motivator for people to go green. Read ‘How Vanity Can Save The Environment’ in the link in our bio.”

The internet loves stats, and it’s not all clickbait. Done right, stats can signal thought leadership. You can keep your approach static, à la Fortune or Popular Science, with a chart and a straightforward push.

That’s all well and good. And indeed, PMI uses this approach regularly to promote is mag content, like this one on project failure. But sometimes those numbers wanna dance, like in this groovy little gif promoting the magazine’s infographic on disruption.

Once again, The Economist takes it up another level with a quick video telling the story behind the numbers of music festivals.

It’s easy to show your sources some love if you’re featuring celebrities. Fast Company just sends out a tweet—“How Kylie Jenner built a makeup empire out of her most famous asset”—with a pic of the famous model, and … done. The New Yorker followed a similar format to promote its story on a different sort of celebrity, artist Ai Weiwei.

Not everyone has such well-known sources, of course. IIDA and PMI use social posts to give their sources (who are often members) a voice, with custom assets that show their picture and a pullquote. You might even be surprised at what rock stars they are to their peers. That last example from PMI has nearly 1,000 likes on LinkedIn. Not too shabby.

If you treat your sources right, they just might do their part to support your marketing efforts and spread the word, like one source did for PM Network. And that segues brilliantly into our next tip…

There’s nothing like posing a provocative question to get people talking. “How do you feel about men in shorts?” worked for Vogue.

If that’s not right for your readers, there’s another path, the one that simply asks: Can I get an amen? Now it sounds really simple, but asking people to take an action works. Every issue, the PMI team creates several posts that just straight-up ask for a response, like this one on Twitter: “RT if you agree with this #PMP about #leadership & #RiskManagement. #PMNetwork #pmot.”

7. Give your readers a backstage pass

Go ahead and lift up the curtain to let readers see how a piece came together, like The New Yorker posting one of its cover illustrations with a quote from the designer about his inspiration. Or, you can channel your inner Taylor Swift and give your readers some #squadgoals, like Paper showing the editorial team planning the next issue.

Months before the relaunch of its member magazine, IIDA dropped a post that showed the team discussing the layouts. (Yup, those are your two authors in that one.)

Raise the profile of your magazine team by showing them in action and doing insider things, like Paste posting about its movie editor interviewing Mark Hamill.

Or, you can go the expert route, making sure the world knows your editorial team knows its stuff. The Atlantic gives a senior editor the starring role in a short video exploring what makes something cool. And Alan Murray, chief content officer at Time Inc., writes a letter to open the magazine’s CEO enewsletter, which then leads into a curated mix of news, including of course, pieces from the magazine.

Now this one’s a touch awkward since it involves one of the humble folks writing this post, but it’s a great idea you should steal. At the end of last year, I wrote a year in review about project management. Mixed in with all the deep thoughts were more than a few links to PM Network stories—not blatant pushes, mind you, but just reminders that she and the magazine staff were all over whatever had been trending that year.

So much content is based on capturing the very latest, but sometimes it pays to look back. British Vogue has made #TBTs and #FBFs their #BFFs, with fairly frequent looks back at past covers. And Fortune took a lovely a trip down memory lane with a video highlighting Warren Buffett’s many appearances through the years.

You can also look ahead by looking back. The New Yorker curated a collection of its relevant magazine content in an enewsletter it sent out marking 100 days of President Trump. And when the David Bowie museum exhibit moved to Japan, PM Network pointed readers to its previous case study.

Intrigued by all these ideas but wondering how they actually work? Let’s take a walk through a blitz we worked on with PMI on for the magazine’s annual jobs report.

It started with a pretty spectacular feature in the January issue—excellent reporting (including sources from around the world), thoughtful writing, cool illustration, interesting design. No skimping here. We created a preview video promoting the entire issue, followed by a separate teaser for the jobs section. Those went up on social channels, followed by a full-court press that included pullquotes, custom graphics, GIFs and a #PMJobsReport hashtag. Dan Goldfischer from PMI also conducted a webinar on the report, while I wrote a blog post looking at the year ahead—which just happened to drop in a push to the feature—which we also promoted from the blog’s Twitter handle.

We’re channeling our inner Don Draper here at Imagination, too. Want proof? Check out the teaser video for our latest issue of Orange magazine (and DM us if you want a print copy). 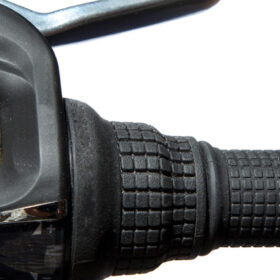 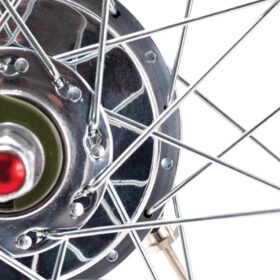