Home > Archive > Book Review of “Upstream: The Quest to Solve Problems Before They Happen” by Dan Heath

Full disclosure: Reviewers of business books do not read every word of every book. The stack of books never seems to get any smaller. Deadlines loom. And to be honest, business books are usually pretty formulaic: anecdote masquerading as meaningful example, what I see that no one else in history has ever seen, revolutionary methodology followed by 10 steps on what to do next—oh, and sign up for my seminars to learn more. Reading enough of these leads the harried reviewer to a process where you skip the anecdote, go directly to the blinding realization, scan the 10 steps. Review done. Business books by former CEOs are even worse. (I was amazing. Here’s why. Here’s all the famous people I met while CEO-ing.)

There are exceptions, of course, like the books written by Dan Heath or his brother Chip or with his brother Chip. Together the two have written four bestsellers that have sold over 3 million copies worldwide.

Here’s why these books are exceptions. The examples are actually meaningful examples, not just anecdotes, and the methodology is not so much revolutionary as staring you right in the face. Dan Heath’s Upstream, like the books co-authored with his brother, have that smack-yourself-on-the-forehead-but-of-course quality.

But what if the arm was never broken in the first place, or the customers had nothing to complain about, or the crimes were prevented instead of prosecuted?

One police officer stands on the corner getting to know the people in the neighborhood and providing a visible deterrent to crime, the other hides around the corner to catch someone breaking the law and arrest them. Which one did more to foster public safety? The first one. Which one was rewarded? The one with the fat book of tickets written.

The ticket-giver works downstream because that’s the way the system is organized. The friendly neighborhood patrolman works upstream, preventing the problem before it occurs. Move upstream and you will save money and improve your reputation and the health of your business—or improve your community, or increase the number of kids graduating from high school, or reduce the number of homeless people.

Expedia discovered that over half of its customers called customer service—20 million people, equivalent to the population of Florida—all needing the same thing: a copy of their itinerary. The booking people were happy, however, because 40 million people made reservations. The web people were happy because the booking process worked efficiently. And the customer service people were rewarded for handling all those calls in under two minutes. No one thought about preventing the calls in the first place, which were costing Expedia $100 million a year.

To be clear, this book does not offer a methodology as such because the remedies are unique to the situations it describes. However, organizations that reverse from downstream to upstream share some commonalities. This book does not give you the bony finger in the face telling you what to do, nor does it ask you to sign up for anything you have to pay for. Instead, it offers free access to a newsletter, a book club, a reading list, and a podcast.

There’s no self-promotion, no name-dropping, and no chapters you’ll want to skip. It just describes a truly different way to organize your business and how you conduct it.

One question you’re bound to be asking: How do you measure things that didn’t happen? Heath even has an answer for that, actually several, because, unlike most business books, he’s not promising snake oil to solve everything.

My question is: Who’s the teeny guy in a hat smoking a pipe, covering up page numbers 27, 28, 29, and 30 but appearing nowhere else in the book? 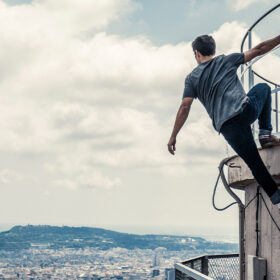 How A.I. Could Make Your Content Strategy Irrelevant in 5 Years (and How You Can Prepare)

If you believe Elon Musk, A.I. is a bigger threat to the human race than nuclear weapons. But before the machines gather the self-awareness and gumption to chuck us into the trash bin of time, it will first come for the SEOs.  For years, I’ve convinced myself that the technology might displace the jobs of […] 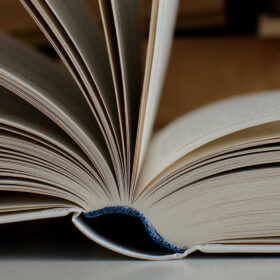 Book Review of “Upstream: The Quest to Solve Problems Before They Happen” by Dan Heath

Full disclosure: Reviewers of business books do not read every word of every book. The stack of books never seems to get any smaller. Deadlines loom. And to be honest, business books are usually pretty formulaic: anecdote masquerading as meaningful example, what I see that no one else in history has ever seen, revolutionary methodology […]