In times of unprecedented crisis, history can serve as an imperfect but informative guide as we try to make the best decisions we can. This is true for dealing with the coronavirus emergency, and it’s also true for marketers who still have budgets to manage and targets to hit.

So if you’re searching for some historical context, you’d be wise to read the Harvard Business Review article “How to Market in a Downturn.” It was published in April 2009, when the Dow Jones Industrial Average hovered around 8,000—down about 40% from its peak in 2007.

“In past downturns, consumer goods companies that were able to increase share of voice by maintaining or increasing their advertising spending captured market share from weaker rivals. What’s more, they did it at lower cost than when times were good.”

Today, the same thinking applies. Of course, industries are being impacted in different ways now than they were in 2009.

Marketing in the new abnormal: what are your new marketing objectives?

Few people have a better perspective on the fragmented nature of the coronavirus-induced crisis than Barry Diller. He’s the chairman and senior executive of both Expedia Group, the online travel company, and IAC, a tech and media conglomerate that includes brands such as Vimeo, HomeAdvisor and Tinder.

In an April 16 interview with CNBC’s Andrew Ross Sorkin, Diller characterized the two companies he helms as “a tale of two cities.” He explained:

“IAC is very well capitalized, and so I’ve got all these hungry players in my company who want to go out and buy things that are very aggressive and think of this as an opportunity. Well, on the other hand, I have Expedia, which has no revenue.”

Diller said Expedia will probably cut its advertising budget from $5 billion to less than $1 billion.

As the Expedias of the world pull back on their marketing spending, the IACs are looking at a golden opportunity to take advantage of lower costs and follow the Quelch and Jocz playbook, which says: lean into marketing, win more customers and emerge from the recession stronger than before.

And read my next article in this ongoing series, when I look at the ROI available in today’s digital marketing environment: “Digital advertising ROI is sky-high.” 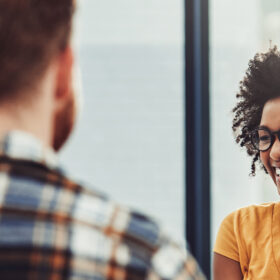 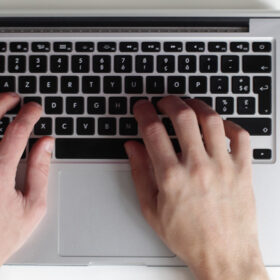